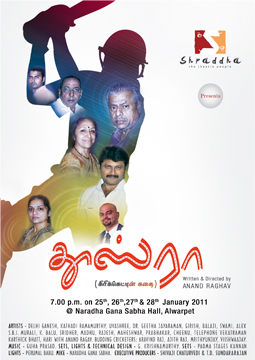 Doosra’s protagonist is the Game of Cricket itself. The story of Cricket is depicted through the life of a 20 year old sportsman who gets selected to represent the country. The young cricketer’s paradigm driven by the forces of power, politics, money and pressure is essayed in the 100 minute play which , through its various characters, illustrates the metamorphosis of the game which over the years has grown from a sport to a mere commercial venture.