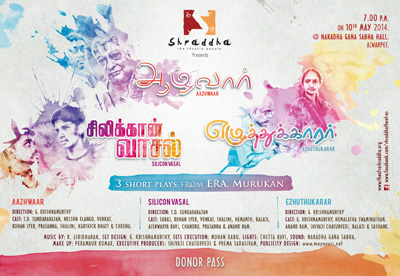 Era.Murukan selected all the three plays based on their impact on his readers as evidenced by their responses when these were published in leading Tamil journals. The first story is about the influence of inter-personal relations and a genuine yearning for it on human behavior while the second is on the impact of the technology dominated environment on human relations and on self-actualization. The third story is about where the first two will lead to – a probable future not far away, of necessity driven relations.